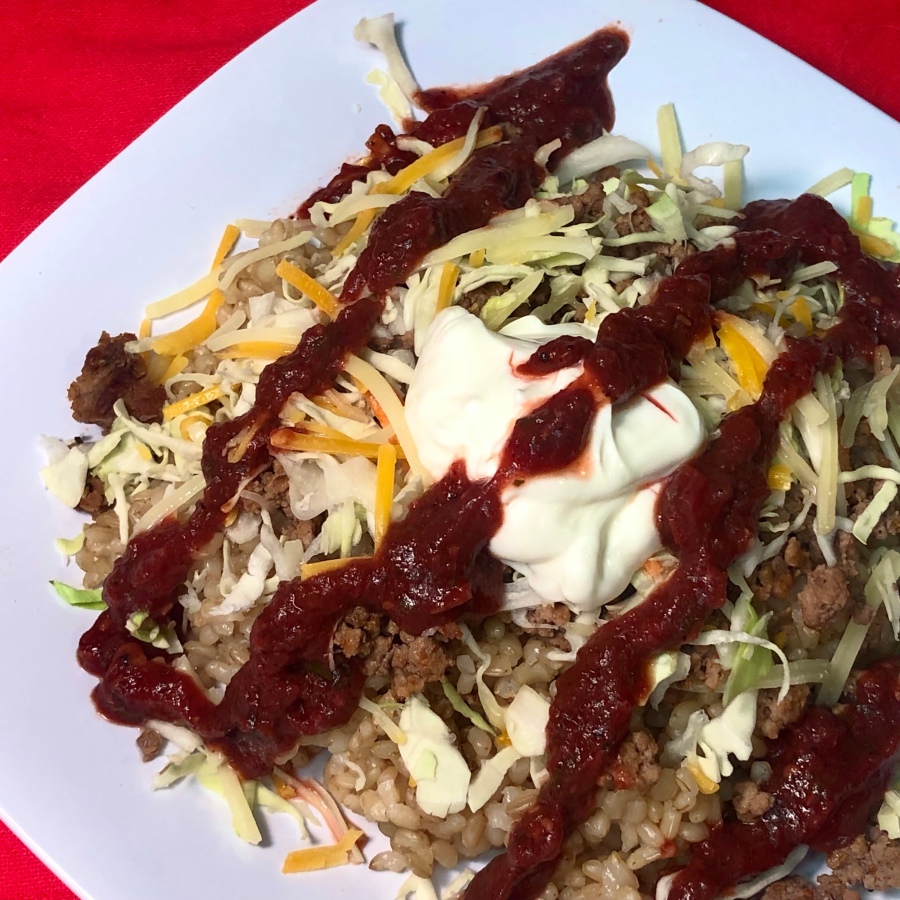 I know, taco rice might sound like something you’d throw together to eat while cramming for finals week (and honestly, it’s perfect for that!). However, taco rice has a unique history as one of Okinawa’s favorite comfort foods. It’s also a prime example of the fusion nature of modern Okinawan cuisine!

When US military bases started arrived in Okinawa after World War II, local chefs and restaurant owners started paying attention to the different foods that the soldiers brought with them. After seeing how popular tacos were among the Western crowd, taco restaurants started popping up close to the bases. In 1984, Matsuzo Gibo of Parlor Senri and King Tacos developed taco rice as an inexpensive, filling dish to feed the soldiers from nearby Camp Hansen. The dish caught on quickly, and within a few years, everyone from home cooks to chain restaurants had their own version. Even Taco Bell and KFC got in on the action, advertising their own taco rice dishes in their Japanese locations.

Part of this dish’s popularity is due to its simplicity—it only takes a few ingredients and it can come together in less than 30 minutes! My recipe leans much closer to the original style of taco rice, but you can switch things up by cooking the meat with a touch of teriyaki sauce instead of taco seasoning. If you’re looking for a quick weeknight dinner with a twist, give this a shot!

1/2 cup jarred salsa, with more for serving (If you want to make your own salsa, give this a shot!)

Put a large sauté pan on medium heat. Put in the ground beef, and break it up into small pieces. Toss in the taco seasoning, and cook and stir the beef until evenly browned. Remove from the heat to a paper towel-lined bowl to drain the excess fat.

To assemble, scoop some of the rice onto a plate, then add a layer of ground beef on top. Top with cheese, lettuce, salsa, and any additional toppings you like.

View all posts by Kayla Yates

One thought on “Taco Rice (タコライス)”