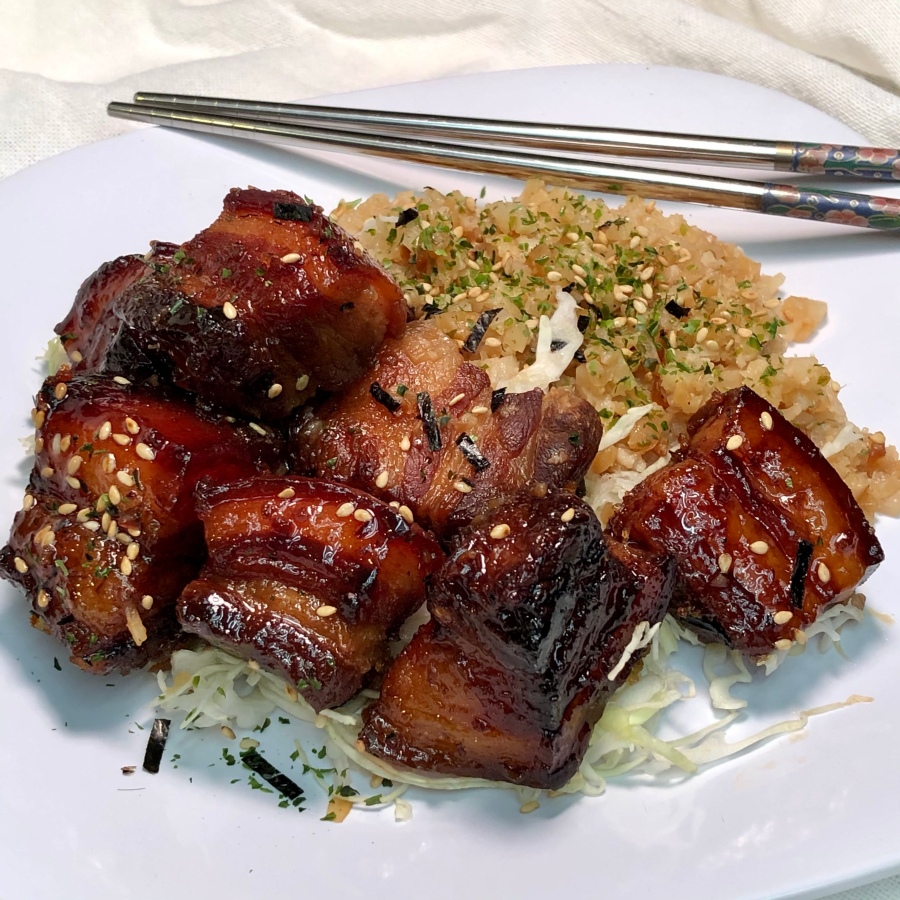 Okinawa has been a Japanese prefecture since 1879, but this area has a culture and history all its own. Okinawa was first united as the Ryukyu Kingdom under King Shunten in the 12th century, and it was fairly isolated until China arrived in 1372 with a trade agreement. They ushered in an era of prosperity in trade, and they also introduced the Okinawan people to pork.

When it comes to pork, Okinawa has a unique way of cooking this favorite meat. Many of their recipes call for pork to be cooked twice—they boil it first before cooking it in their dish of choice. Nobody is entirely sure why this cooking method developed, but some have suggested that it was a way to prepare cuts of meat that had been heavily salted as a means of preservation. Boiling would be a sure way to remove extra salt from the meat, and the resulting stock has become a favorite choice for a soup base.

That double-cooking method is highlighted in this traditional shoyu pork recipe, and it makes for an incredible dish! The savory-sweet soy sauce glaze acts as a perfect balance for the rich pork belly (which you can find at Costco now!), and it makes a delicious topping for a donburi or for a bowl of noodles.

This slow-cooking dish is going to make a fantastic introduction to Okinawan cuisine!

In a large saucepan, bring 6 cups of water to a boil over high heat. Put the pork belly in, and reduce the heat to a simmer. Cook for about 8-10 minutes, until you see white scum floating to the surface. Remove the pork belly from the pot, and let cool slightly.

Combine the remaining water with the soy sauce, sake, sugar, garlic, and ginger, and whisk to combine well. Put a large sauté pan on medium-low heat, then add the pork belly and sauce. Cover and simmer for 1 1/2-2 hours, uncovering to stir every 20 minutes. Cook until the sauce thickens into a glaze, then serve immediately over rice or noodles.

View all posts by Kayla Yates